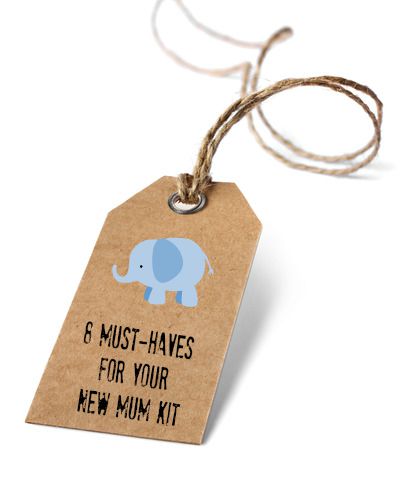 This post is kindly brought to you
by The Gro Company Australia.

Let’s be honest: when you’re about to have your first baby your focus is ALL about what is about to emerge out of your hoo-ha. It’s about the birth-birth-birth. And looking back, I wish someone had handed me a list of items and said, ‘you will need these. Buy them all. They will ensure you survive the first six months’. And so here’s mine. If you’re about to be a new mum, I hope it helps!

1. A white noise machine or app. Bubbas love white noise. Once we had that sussed we made sure the iPad was always charged and ready to go with the app/website Rainy Mood. Now, I literally press the volume up on the iPad in our room, the rain comes on, and Charlie yawns and just goes limp and sleepy immediately. The awesome knock-on effect is that he will also sleep through any real-life thunderstorm.

2. A good swaddle. Your bubba’s been squooshed up in a tiny space for nine months and being out in the big, loud world can be super scary. So swaddling makes your baby feel cosy and safe and inclined to sleep for a loooong time. I used wraps when we first brought Charlie home, but you’re constantly re-wrapping the baby – and in my case I freaked out I was wrapping Charlie’s hips too tightly (a no-no). So an option like the Swaddle Grobag is perfect. It creates space for the hips to move, enables you to swaddle with arms in or out and has a zip from the bottom for late night nappy changes. About $45.

3. A formula dispenser. I wanted to breastfeed, desperately – and managed to for nearly six weeks before it all went pear-shaped and we moved completely to formula-feeding. And if you are making up formula bottles at 11pm, 1am, 3am, 3am, 5am and so on – because newborns literally need a bottle every 2 hours! – then having a formula dispenser with measured-out doses for each bottle eliminates thinking and the very real possibility of you accidentally tipping an entire tin of formula on the kitchen floor because you’re so buggered you can’t see straight. You can get dispensers at chemists for around $7.

4. A thick hand cream. My fingers are like sandpaper after a year of constant nappy changes, washing bottles and doing laundry and baths and if I had my time again I would’ve been slathering on a good moisturiser right from the start after every wash. Don’t get to the cracked fingertips stage. It sucks and it’s painful and it’s easy to end up with infections. I’m moisturising constantly now with whatever’s to hand, but my sandpaper paws are taking a long time to recover.

5. A video baby monitor. As a first-time parent, every squawk, squeak and cry can have you up off the couch in a nano-second and we deliberated for weeks over getting a monitor, thinking it would make us even more obsessed than we already were. But it actually made us stress far less seeing Charlie on that little screen. Plus, it frees you to do your thing – be it shower, hang washing, make a cuppa; you just take the monitor with you. We also take it on holidays and to friends houses too – it’s instant peace of mind. Ours cost about $100.

6. Change mat with pockets. I rebelled against lugging the huge baby bag around. I just used my usual handbag and stashed a change mat and an insulated bottle holder into it when we were going out. My red waterproof change mat with heaps of pockets for wipes, nappy bags, nappies and a change of clothes has been very handy when out and about and it folds super flat. Mine cost around $40.

7. A bouncer. Ours was just a basic one a friend gave us which you bounced with your foot, but if I had another baby I’d get a battery-operated version. Our bouncer saved my sanity in the first four months. I could bring it into the bathroom and shower, do work while bouncing Charlie and he often napped in it too (but never leave your bubba to sleep in it when you’re not around or overnight).

8. Post-natal recovery shorts. They’re not cheap (mine were around $180 and I was professionally fitted by a physiotherapist) but worth every single cent. I swear they help you lose weight and flatten your tummy quickly. They also suck you in and support your back (you can get a very sore back carting a newborn around until your body adjusts), and if you have a c-section like I did, they are a huge support for your scar as it heals.

What are your baby-related must-haves?