Notes from our first overseas trip with the toddler. 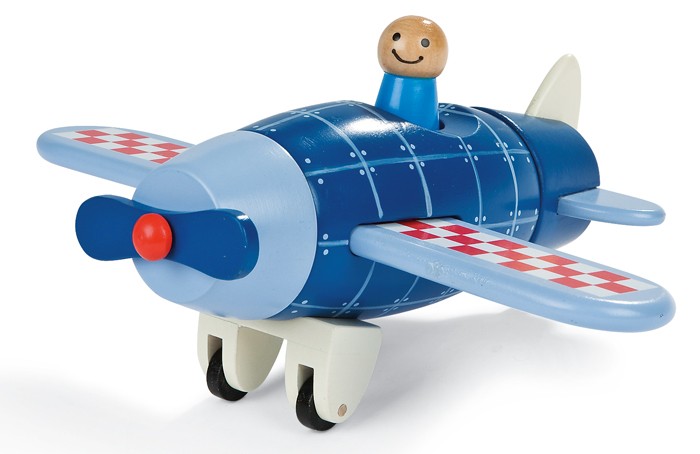 We’ve just returned from a trip overseas for Charlie to meet the other side of his family. It was a trip I looked forward to and dreaded in equal measure – mainly because the general consensus from friends was, ‘You’re an idiot. You should’ve gone when he was a newborn’ leaving me basically terrified at the prospect.

But, I’m back. It seems travelling with toddlers IS survivable! Ha. I’ve actually had so many people ask me about it (usually other mums who’ve yet to brave a trip with their toddlers), so I thought I’d put down a few of our experiences and some (possibly helpful) tips.

Go the stopover. Travelling on your own, going straight through from Sydney to the UK (or US) is hard enough. With a toddler? Multiply exhaustion by 1000. We booked a hotel in Singapore for three days; a great chance to recharge and catch up with friends living there (Hi Pip!). Charlie woke at 4am every day which sucked, but the hotel had a massive pool and spa and we got into London three days later feeling semi-human instead of sick and dizzy with jetlag. Silver linings, people.

Save a device for the trip. Charlie is never allowed the iPad at home and very rarely our phones, but we agreed the trip would be open season. We’d loaded the iPad with kiddie apps (In The Night Garden Games, Hey Duggie games, Peppa Pig Paintbox, Talking Carl and a couple of others like Virtuoso’s virtual piano app) which kept him entertained over and over.

Pack your kid’s obsessions. In the interests of warding off in-air tantrums I went over the top packing Charlie’s carry-on bag. It was groaning with stickers and colouring-in books, his favourite reading books, plasticine, coloured pencils and new toys (some wrapped like presents). But there were three things that really saved us over and over: the ipad, a plastic, see-through zip-up bag (from the $2 shop) full of his Thomas the Tank Engine magnetic trains (which invariably fell under the seat and rolled back through the plane, returned over and over by good samaritans throughout the flight). He also watched the inflight Peppa Pig marathon about 523 times. The rest was largely ignored.

Pack a separate outfit for your bubba. We had him in footed onesies on night flights – comfy and warm and easy to sleep in. We also had a separate tracksuit or onesie in case of spillages which ALWAYS came in handy. We haven’t yet gotten him off bottles so I had a bottle in the bag and asked the flight attendants for milk when he lost his shit (which was rarely), but if I had my time again I’d probably bring a few little containers of formula.

Take dummies and snacks. We had dummies hidden all over our persons and in our carry-on bags. I also boarded every single flight with crackers and a few other things I knew he’d eat.

Equalising on descent. Again, something I was so stressed about as I have the worst ear problems ever and wondered if Charlie would, too. We had one flight where he cried on the way down. Otherwise, he either slept through the descent (who does that!?) or I fed him bits of muffin I’d saved from one of the inflight meals, and gave him a bottle or sips of water. He didn’t seem to even notice or care about his ears popping. Total toddler travelling legend.

Take a pillowcase you’ve slept on. We co-sleep at home and I read somewhere that taking a pillowcase we’d been sleeping on would help settle Charlie in a new environment and on the plane (you can stuff it with the plane pillows, blankets etc). Whether it worked or not is debatable but the kid slept like a champ on every flight, cuddled up to his ‘pillow’. After all the horror stories I’d heard travelling with babies, I was amazed. I’d investigated (but didn’t have time to buy) the 1stClassKid pillow which inflates into the footrest area, creating a bed-like environment for bubbas, and endlessly Googled ways to get babies to sleep on planes. In the end, I had to do sweet FA – we had the row next to a window seat, put him between us, and he slept when everyone else slept (including us). He slept so much I got through The Revenant AND Daddy’s Home (more movies than I’ve watched in months, which made this former movie-reviewer want to cry happy tears).

Sucky things about air travel with a toddler… You never get used to trying to change a pooey nappy in those miniscule bathrooms. Good times.

Carseats – take it or leave it? I know some people carry a carseat overseas with them but there was no way we could wrangle a pram, a toddler, three carry-on bags and two huge suitcases (Charlie and I shared a suitcase) PLUS a carseat. In Singapore he sat on daddy’s lap in the car with a belt around him (and my heart was in my mouth). In Spain and the UK, we relied on the kindness of friends and family in the countries we were visiting to borrow them for their own cars, if we were being picked up – a huge ask (and a big thanks to Juz, Andy/Ana and Martin/Ines for sorting it whenever we had to travel. I know it was a hassle). If we could, we walked and pushed him in the pram.

The best travel pram ever. We took a BabyZen YoYo pram with us (thanks for the loan, Bec!) Compared to our massive pram at home which collapses into two pieces, this was a dream. It collapses with one button and folds up so small it fits into the overhead locker so we had it as soon as we got off the plane (a godsend). You can steer it with one hand too, and when it’s folded it has a handle so you can sling it over your shoulder. All shades of brilliant.

Staying with friends versus a hotel. I love hotels but this was the first trip we stayed mainly with friends/family. We stopped over in London where our lovely friend Juz picked us up from Heathrow (and enjoyed the first and rare cuddle with Charlie Bear). We had a pub lunch, walked in the nearby park to get some fresh air and by the river in Richmond and generally just chilled out and tried to get Charlie more onto local time before flying again the next day. In Spain, my brother-in-law Andy and sister-in-law Ana had us to stay in their flat in La Coruna, a seaside town in Galicia. Again, it was lovely spending so much time with them. They stocked the place with Charlie’s favourite foods and had toys and books waiting for him. His grandparents – Pa and Grandma – were in a hotel round the corner.

Meeting family for the first time. For months and months we’ve watched Charlie Skype his grandparents and aunties and uncles overseas, usually wandering around during the call to see if they’re on the other side of the laptop screen. So we were eager for him to see them in the flesh. And when the doors slid open at La Coruna airport, the roar of his family on the other side and the cuddles and tears (from all of us) were incredible. The recognition was instant from him; he knew who they were but was shy (as you’d expect). But he warmed up quickly! So many special moments I’ll remember from this family trip: Charlie being cuddled and tickled on the floor with daddy and Uncle Andy; Charlie watching Peppa Pig with Aunty Ana (in Spanish, no less); Ana giving him a bath in a big blue bucket and chasing him up and down the hallway of the flat; Charlie eating the apricot bliss balls and stewed pears in his morning porridge, made by his Aunty and Uncle; Charlie playing with his Uncle Stevie and running around with Stevie’s girlfriend Christina who took him off my hands for hours at one restaurant (thanks Christina!). Charlie visiting his grandparents in their Spanish hotel and standing in the middle of the room whereupon he pointed at each of us and stated, ‘Mama, Ana, Grandpa, Nanna’ – we had to tell him, no, Nanna is in Australia, this is Grandma! But still, such a special moment to see that he ‘got’ it and realised who everyone was.

Getting into the time zone. It took about 4 days and lots of structure but eventually he was doing the same in Spain as he does here – napping at midday for 2 hours, then sleeping from 8pm til about 6am. I think the stopovers really helped but having nothing to compare it to, I can’t really say. The downside meant that someone had to stay home to put him to bed at night. He’s not the kind of kid who takes kindly to breaking routine and going out at night – it wouldn’t be fun for anyone – so we stuck to his routine quite strictly and did big family meals during the day.

Staying with the grandparents. We also had 3-4 days with Charlie’s UK grandparents back in Bexhill (near Brighton) which was so lovely. He ran around their stunning, typically English garden, playing among the buttercups and throwing balls with Pa and Daddy, we took him to explore the pebbly beach at Bexhill, and had a meal in an Italian restaurant (where he basically ate chips, his ‘holiday’ diet). Then it was onto London for a quick AirB’n’B stay and to catch up with more friends. Never long enough.

Home and jetlag. I can’t not mention the fucker. And that’s just what it is. As adults, you know why you feel so bad. Try explaining jetlag to a toddler who decides 4am is a great time to climb on top of his exhausted mother and try to play horsey by rocking back and forth about 300 times. Complete with a little hair-pulling thrown in for good measure. (For the record no, a one night stopover in Singapore on the way home did exactly NOTHING to mitigate the damage.)

What I’ll do differently next time. Get a house, maybe in Tuscany or south of France where we can plonk ourselves for 3 weeks, and have all the family congregate together, to save on lots of travelling around with a little kid. I like the thought of just staying put in one place (maybe that’s the exhausted mother in me) and knowing we can put Charlie to bed and still have big dinners together, swim in the pool, do little trips to the market or local restaurants. So that’s next!

Are you about to take a toddler on a trip and want to know more, or did you have a different experience to us? Would love to hear your stories in the comments!