My name is Charlie, and I’m a duckaholic. 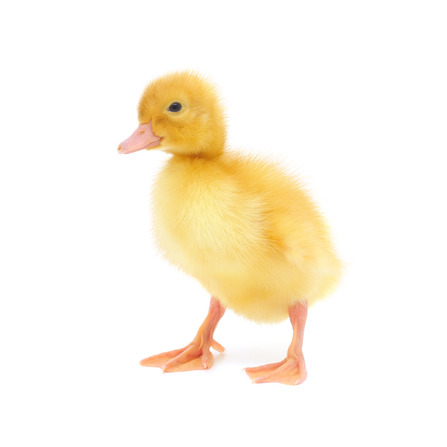 The other night, I crawled into bed next to Charlie, who was snoring in that cute way only a baby can. He cuddled up to me, threw his little arm around my neck and mumbled one word: ‘Duck.’

A normal mother might think this was adorable, her baby dreaming about ducks. I just rolled my eyes, because it was yet another sign that Charlie is completely, hopelessly, needs-help addicted to fluffy yellow things with webbed feet.

He’s been fixated on different things at times of his short life. First it was Mo Willems pigeon books, Thomas the Tank engine … but now, it’s a baby duckling YouTube video which he talks about, dreams about and demands to watch for pretty much 80 percent of his waking hours.

Gone are the days I can use my phone / laptop in front of him. If he has any inkling I have a device on my person, he starts chanting, ‘Duck, duck, duck, duck!’ If I tell him the duck has gone to bed, or it’s on holiday, or gone swimming or some other vague excuse I can cook up, he cries. Real, fat tears. The bottom lip comes out. ‘Duuuck,’ he says, mournfully, until the wuss mother that I am puts the video on for him and lets him watch it 674 times until he has his fix, and moves onto something else.

The video is adorable, I’ll give him that, but we realised the extent of Charlie’s obsession when we decided to take him to Vivid Sydney last night.

We rugged him up and got all excited – wrongly as it happens – that he was now old enough to really enjoy it. To go nuts for the light shows, the colour fountains transforming the MCA, the animal projections crawling up the Opera House. To touch and play with the installations with his chubby little hands.

We were exposing our child to culture, and rather chuffed with ourselves about it too.

Forty minutes after getting there, and just as the Opera House projections came on, he had an epic tantrum (excellent timing as always).

The gist of it was basically that we play his duck video on one of our iPhones, or else.

‘Look at the birdies on the Opera House!’ we begged, trying in vain to distract him.

‘PUT MY DUCK VIDEO ON RIGHT NOW OR THERE WILL BE TROUBLE!’ he screeched. Or words to that effect.

We always said we’d never be the type of parents who gave in to tantrums or let our kid have a phone in a restaurant just so we could enjoy a meal. Turns out it takes around 14.5 seconds for you to become that kind of parent, especially when there are thousands of people quietly enjoying a light show and your kid is the only one going batshit crazy in the background because he’d rather watch a YouTube duck video.

“Shit, what do we do?” Mr Chick asked, visibly embarrassed and pushing the pram away from the view.

“We put on the duck video,” I said grimly, tapping my way to YouTube, finding the duckling, and handing the phone to Charlie, who, bless his duck-besotted heart, immediately calmed down, snuggled down in his pram and started watching.

All around us the most epic light shows were being enjoyed by kids of all ages. Including Charlie’s age. While he sat in his pram transfixed by a duckling having his feathers blow-dried.

We had to laugh.

Then we got back on the train and went home.

Is your kid completely obsessed by one thing at the moment? Please share in the comments so we can all connect over the weirdness of toddlers/kids in general…