9 games I play with my baby to kill time 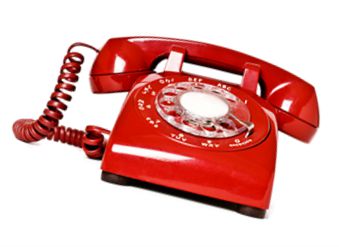 Now, don’t get me wrong with that headline. I love being a mum and being with Charlie. It’s just that some days, especially the days when he GETS UP AT 5AM AND LATELY THAT IS EVERY DAY, I’m not really bursting with fruit flavour for the 14 hours I’m required to hang out with him after 5am. But if you do the following games about 567 times a day, it’s manageable. Here’s my pick.

1. The Light Switch Game. Charlie’s just figured out light switches with his ET-style finger action. On, off, on, off, on, off. Hours of fun.

2. The Phone Charlie Game. My bubba is obsessed with the phone ringing at the moment so one of our games involves me nicking off into another room and calling the home phone from my mobile. I then listen and chuckle as he goes, ‘Oooh!’ and tries to pick up the phone (conveniently and annoyingly at bubba height on a low table). He can’t quite manage the receiver yet but it’s cute to tease him and peek around the corner to see his surprised face when the phone starts ringing again.

4. The Empty the Onion Drawer Game. It’s down low, he can open it up and chuck all the onions out. Keeps him busy for up to 5 minutes. Mummy just has to be careful not to trip on a rolling onion and break her neck.

5. The Empty the Tupperware Drawer Game. At my mum’s suggestion I’ve started putting rogue items in there just to throw him. He chucks out all the items he knows, then he comes across something NEW which is exciting. He has to inspect it for ages, frowning and turning it over and over in his chubby paw. Usually I end up taking photos of him being all adorably serious about something as stupid as a coloured spoon.

6. The Pull All the Magnets Off the Fridge Game. He created it. I have discouraged it because it drives me bonkers crawling around on my hands and knees replacing magnets on the fridge ten times a day but hey, it’s clear who’s in charge around here.

7. The Annoy Mummy When She Does a Wee Game. Another favourite. If he’s not whining and begging to sit on my lap while I sit on the loo, he’s slamming the bathroom door and banging on it from the outside, while giggling hysterically. Sometimes I actually have to negotiate with him to let me out. I don’t want to knock him over and when he has his 10kg weight pressed up against the door, I’m pretty much trapped in my own toilet. By a one-year-old.

8. The Yuck Yuck Yuck Game. A new one I have devised to try and teach him not to a) drink the bathwater or b) pick his nose. He thinks both are hilarious and if I say ‘Yuuuuck!’ or ‘Bleurgh!’ when he’s doing it, he laughs like a drain. Which is super cute so we play this game pretty much all day in different incarnations.

9. The Chase Crawl Game. He crawls off, turns wanting to be chased and I get on my knees and chase him. We do this about 68 times per day.

What ridiculous bubba games have you devised in order to kill time? I desperately need some new ideas; this kid keeps me on my toes.