Babies + the end of personal grooming. 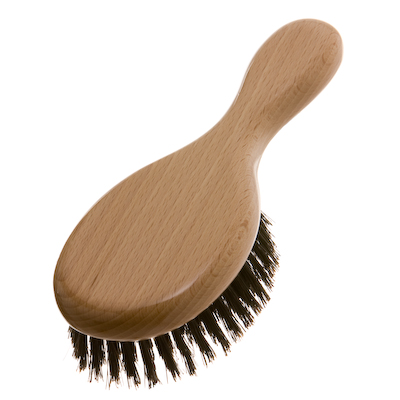 I remember when Charlie was a newborn and I was trying to give myself a pedicure to feel a bit like the ‘pre-mama me’. Ridiculous, because if you can’t manage a hot cup of tea pedicures are definitely out of the question. Of course, I only had time to finish one foot before life and Charlie took over and I ended up stuffing my one footed pedicure in ugg boots for weeks to avoid any awkward questions. (Mr Chick knew better than to mention it, I think.)

In the wake of that grooming fail, I told myself it would get better. Things would get back to normal eventually. I’d reclaim my pre-baby body (whatever the hell that meant). I’d do face masques, dammit, and brush my hair and stop wearing tracksuit pants everywhere.

Fast forward to now and I’ve got to laugh (or I’d cry, probably hysterically, and barricade myself in the bathroom shouting like a mad woman with very unplucked eyebrows). I don’t know what it is about a small person, but the time suckage is ENORMOUS. You just cannot do everything. It is near impossible to do much for yourself, actually, unless you survive on zero sleep. (I’m writing this blog post at midnight, people.)

I only cut my toenails the other day because they’d gotten so long it actually hurt to put shoes on. I had just been staring at them nightly for weeks while my feet were propped up on the coffee table. I would sit there, slightly catatonic with exhaustion, thinking, “I must cut my toenails” and “Wow, my stumpy toes look quite elongated with long toenails.” And then another week would zoom by. Gross, right?

As for waxing, ha ha ha ha. Apparently the bush is back anyway, which makes ‘deal with lady garden’ one less thing for my personal grooming to-do list.

Getting a haircut has also been similarly tricky. In short, there haven’t been any in 18 months save a quick trim a friend (who’s a mobile hairdresser) gave me one afternoon while Charlie mucked around at my feet.

I did, however have to go to a work meeting last week and I dug my GHD out in an effort to look vaguely presentable. Charlie, wide-eyed, squealed at me and pulled at my smooth locks in wonder and not a little confusion. I realised he was so used to the alternative hairstyle I roll with – not brushed, random curls, good rats nest consistency for mashing his spare food into. Don’t worry, kid, this GHD thing is a twice a year event.

Then there’s the shower thing. Forget luxurious scrubs and body brushing. The deep conditioning treatments. The careful leg shaving. There’s none of that when you have a wriggly, giggly bubba sitting in a beanbag at the door of the bathroom, trying his best to get out because he can hear the Hey Duggee theme music starting up, and I know if he does get out he’ll face-plant right into the tiled bathroom floor and scream and that’ll be that.

Which is why for the past week I have been walking around with one shaved leg and one very hairy leg. All I can say is, thank goodness it’s winter and I have an awesome collection of tracksuit pants.